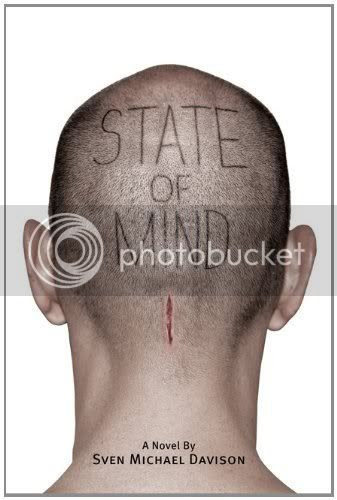 About the Novel: State of Mind

Your thoughts are not your own...
In the not too distant future, freedom is a just a word that you willingly trade for a dozen donuts, based on the dubious promise that you can eat what you want and never gain weight. You can also take drugs will no ill effects or call a friend while surfing the web without a phone or computer. All this and more will be yours following the simple installation of a P-Chip in your brain.
After botching the arrest of the governor's son in Los Angeles, Commander Jake Travissi is banned from law enforcement. the workaholic homicide cop spirals into depression... until he is given a rare second chance. The price? Volunteer for chip implantation and join Homeland Security's experimental Enhanced Unit.

The grisly assassination of a prominent Nobel Laureate brings the newly formed Unit on the scene to investigate. But as the body count rises, Jake begins to realize that his actions, and even his thoughts, are not his own. Fighting to regain control of his own State of Mind, Jake finds himself embroiled in a global conspiracy to enslave the human race! 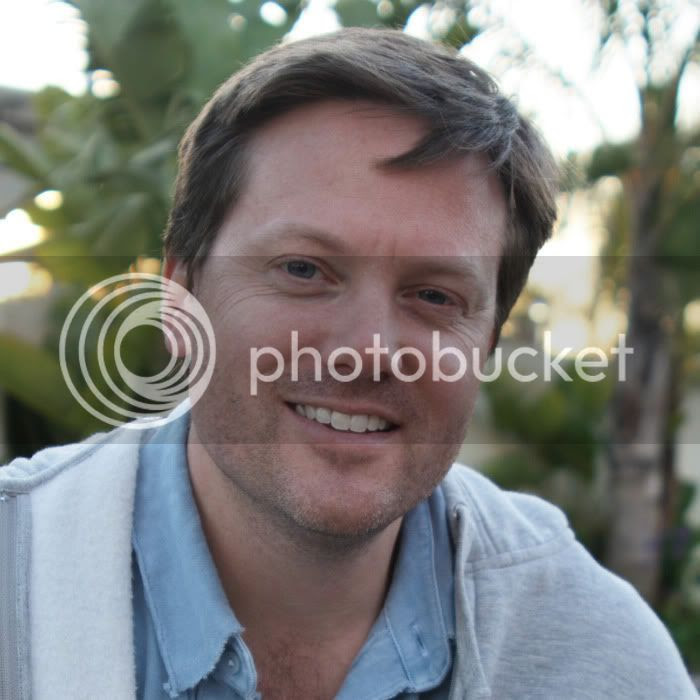 About the Author: Sven Davison
I’m a Californian by conception, a Texan by birth, and I spent fifteen years prior to college in Colorado. Like many folks my age, I was inspired by Star Wars when I first saw it in the theater at the ripe old age of seven. I saw it so many times during the summer of ‘77, I was able to recite every scene from memory. I cast aside my dreams of becoming a navy pilot and devoted all my time and energy into mowing lawns and painting houses in order to buy a super-8 film camera.
Writing was always at the core of my filmmaking aspirations and as time went on, I lost interest in making films but writing remained.
The worst thing I ever wrote was the first to get produced. The making of ICE CREAM MAN (staring Clint Howard, Jan Michael Vincent, Olivia Hussy, and Lee Majors II) is far more interesting than the film itself. But that's another story.

After ICE CREAM MAN I moved to Beaver Island and wrote my first novel BLOCKBUSTER. After that I spent ten years running the Global Content Development Group for Twentieth Century Fox Home Entertainment. I worked with talent on a daily basis and land they inspired me follow my passion to write.

I was lucky enough to marry Jeannine, a person who supported my dream. I quit my executive job and wrote two novels. The most commercial of which is STATE OF MIND. During this time our son Isaac was born. With Isaac in the picture I'll need to get back to full time work again to help support the family. I plan to find a way to make writing pay the big bills... that is certainly my near term goal.

Jake Travissi: Probable or Pure Fiction?
When I first approached the character of Jake Travissi I thought of Mickey Spillane’ s Mike Hammer, and E.E. “ Doc” Smith’ s Kimball Kinnison, They were heroes from my childhood reading but rather two-dimensional and could not work with contemporary audiences. Then I thought Orson Scott Card’ s Ender Wiggin and Frank Herbert’ s Paul Atriedes. I liked the idea of a loner coming into his own, but Jake would be older and his evolution in the story would be around the time of his second coming of age, aka 30.

From here I thought of qualities that I admired in most heroes. I like nonconformists who have a solid moral compass and a rooted sense of self. I like common sense and people who analyze a problem before they act. But all heroes, real or fiction have flaws. The best ones face them. Sometimes they even overcome them.

Jake is a workaholic (I know people who see this as a positive trait) who has anger issues. Jake is intelligent and has common sense, so he does not buy into the advertising that a P-Chip in the brain will make his life better. However, Jake made a major blunder in his career. In a moment of emotional blindness, he lost control and did something colossally stupid. Two events in Jake’ s past influence much of his behavior. The first was Jake’ s fickle screenwriting father leaving when Jake was two. The second was the murder of Jake’ s friend and neighbor at the hands of an abusive father. When it comes to child abuse and men/fathers who do not measure up, Jake’ s ability to stay rational evaporates. His core rage explodes. Jake’ s history has been to suppresses and shrug off these core issues. Because his emotional baggage manipulates him at a subconscious level, he was chosen as a good candidate for P-Chip implantation.


When the book begins, Jake has been chipped. Chapter Two establishes with his two best friends, Lakshmi his Husky, and the recently retired (but regretting it) Regina Chilcot. Jake on his way to be implanted and has trepidations. I do not say whether or not this is a flashback because one of the properties of the chip is that the subject can’ t tell real memories from doctored ones. I want to keep the audience bouncing around between scenes and points of view to give a sense of disorientation. I want the pieces to fall together over time. This created some challenges for me. First, my hero was going to be doing things that weren’ t real, but might turn a reader off… until they found out that the action or thought was a false memory or impulse created by a God Head. Some actions might even seem like Hollywood cliché stuff. One of Jake’ s God Heads is an adolescent minded individual who tends to think in these terms. I will admit, the climactic action scene has Jake performing some superhuman feats, but I’ve established that the P-Chip can amp up adrenaline, and the will to survive cannot be underestimated.
Is Jake pure fiction or probable? Before implantation, I believe he’ s complex enough to be a person. He’ s driven, smart, nonconforming, and knows his place in the world, but he suppresses his core issues and they tend to bite him in the ass. I know plenty of folks like this including myself. After implantation, Jake becomes a tad superhuman, but as long as you buy into the science and laws of the P-Chip, Jake is still plausible as a real person. However, the novel is in your hands now. You be the judge.


For more information about Jake Travissi and his harrowing experience be sure to pick up your own copy of State of Mind!
Now Available at:
Amazon | Apple | Barnes & Noble