Spellbinder, part of C.C. Hunter's Shadow Falls series is a must read for any fan of the series. A great addition that is a quick and entertaining read!


This novel immediately puts you in to the world of Miranda Kane and launches you on yet another adventure that is filled with the supernatural, mystery and romance. I really have to say that this novella starts with a bang and keeps on running keeping the reader enterained and engrossed. The easily moving plot grabs you and pulls you in to the characters lives, as usual, and you find yourself hating to put the book down.

Again, Hunter has a wonderful way with words and her writing style really brings to Shadow Falls world to life around you. Given, it has been a while since I have read the series, but my only complaint would be that I don't quite remember that much profanity in the the other novels. Given, I believe anyone familiar with these characters will not be surprised or put off, but beginning readers in to this world might find it to be a bit of a deterrant. For me, it was a milestone that I easily trangressed as I can't say I have never seen or spoken those things myself from time to time and I won't begrudge a character or writer for doing it either.
Overall, whether you have read this author in the past or not, this is a novella that anyone can pick up and enjoy. Chances are that if you haven't been endoctinated in to this series yet, this novella will definetly make you a fan.   My Rating: 4 out of 5 Scars! 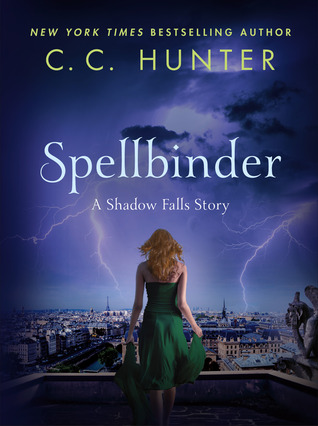 Review: The Silenced by Heather Graham

The newest (and 15th!) Installment of Heather Graham's Krewe of Hunters series, The Silenced, is another spooktacular read. While the series isn't quite as fresh as it use to be, The Silenced, is a worthy addition to the series bringing mystery, suspense and the supernatural into a nice little bundle perfect for those long, hot summer days.

Graham again pulls together a wonderfully eclectic krewe full of interesting characters. While I wasn't initially drawn to the duo of Bosworth and Murray, I was captivated by the mystery of Laura's disappearance and the connection between the budding serial killer. In honesty I was mostly drawn to Laura and her sensory fate as she struggles for survival and rescue early on in the novel instead of the romance aspect that I just never felt drawn in to.

Graham again showcases wonderful storytelling ability, however, at times I was put off and felt like I had to work at reading. I suppose for me it has more to do with the DC setting and political backdrops, things that turned me off pretty quickly. While I did  enjoy the historical aspects Graham adds, in this context I just couldn't muster my normal enthusiasm for her work and the detailed world building she creates.

The mystery was pretty engaging though. Some great twists and turn were incorporated, typical of Graham's works that I have read making it more enjoyable to me despite the political ties and undertones.  But, as has been mentioned in previous reviews, the supernatural abilities of the characters seem to be contrived solely for the purpose of clue gathering and not as an aspect that could be further explored. More over it seems to be a fall back in how to move the plot forward when no other answer presents itself.

Overall, Heather Graham is still a master storyteller, a fact that for me saved this novel as a whole. All in all, this was a worth while read, but leaves me questioning if I will be returning to the Krewe world. Definitely recommend the novel if you love mysteries spiced up with a pinch of the supernatural and a smidge of romance! 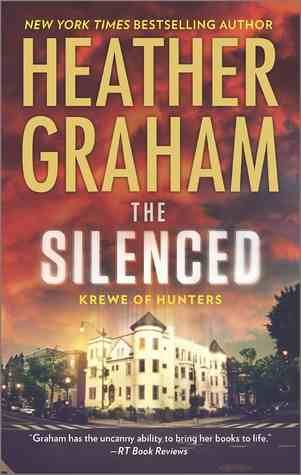 For a summer read, the Serge Storms series is a can't miss to make you feel the tropical Florida heat. In this edition, Triggerfish Twist, you'll be drawn in to the not so scenic Florida coast and an adventure that will keep you reading!

Foremost, the thing that makes me like this series are the characters. Cleverly writing with a great realism that makes you really love them. These three dimensional characters seem to leap off the page and be one of "those" people that you can relate to no matter the difference in circumstances that surround them.

However, there were a few down falls to this book, that while not detrimental to it's enjoyment caused me a few moments pause.

First off, to me there was a bit of a fail when it comes to the plot. The plot is not clear throughout most of the novel and caused me to feel like what I was reading was more random than anything else, however, I do have to say it does come together, mostly, by the end.

The other major downfall to me was the editing which was a major fail. Sentences just seemed to randomly begin and end as new thoughts pop up without any relation to the other. Grammar and punctuation come and go randomly at the whim of the author, seemingly.

While these are not major deal breakers for me, it did make reading a little more painful and aggravating, and as a reviewer, worth mentioning and dinging the overall score of this novel. However, don't let these little pitfalls detour you should you be in need of an entertaining read this summer. 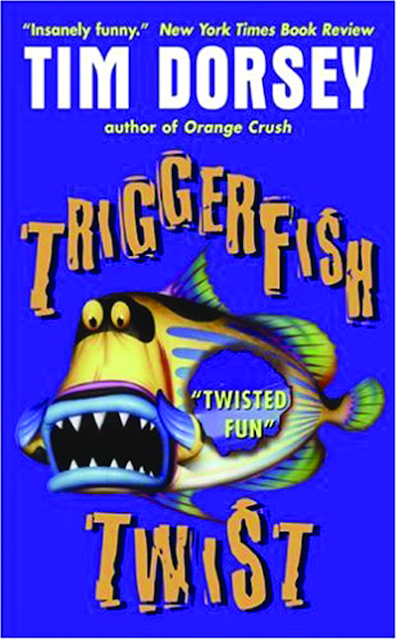 The Dark Divine, first in the dark Divine series by Bree Despain, was captivating and charming. A slightly different twist on werewolf lore with a wholesome spin was pure delight to read. With amazing characters, mystery, and romance this novel had a little of everything to appeal to a broad range of readers.

From the beginning you have an idea of the supernatural forces involved but like most great movie tactics the drama is in the reveal, and Despain showed a wonderfully mastery of suspense. However, in the interim you are given characters who seem to jump off the page, pulling you in to their world.

Despain also draws you in with her wonderful writing style giving great attention to tones and details. I truly enjoyed how she used her abilities to create  world that swims up around you, drawing you in and making you a part of it.

Honestly, my only qualm with this book was the demise of a "side" character that goes unseen. However, Despain pays wonderful respects to this character whom I was really hoping to see develop further in later novels.

All in all, this was a great debut novel by an author I am sure we will see more from. I cannot wait to pick up the next installment and see what lays in store for these wonderful characters. 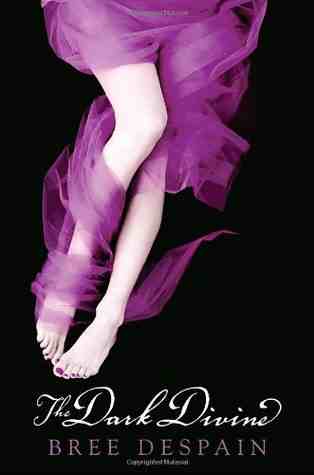 The Body Finder, debut novel by Kimberly Derting, is a can't miss read that keeps you engrossed to the last moment!

From the onset you are pulled in to the world that Derting creates, the mystery drawing you in as our main character discovers her first body as a small child. From this initial meeting we are drawn to her and her strange abilities. Truly Derting's characterization is wonderful as you are sucked into this dangerous high school world.

But, its truly the plot that keeps you coming back. From budding romance to horrific crime scenes, this book has it all. Miraculously, n my opinion, without out being dark or depressing which was my initial concern when reading of Violet's strange abilities.

Highly recommend this novel as a great addition to those summer reading lists! I will definitely be coming back for the next gripping installment! 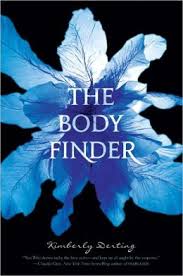 So, again, it's been a long time between posts, but as always I have a signed excuse! New business ventures, moving, the whole routine of life....these things sometimes get in the way and as much as I hate it, they have to be dealt with. But again, I've decided to take a new direction with this blog site as once more the direction of my life seems to be swaying, so look soon to see reviews of graphic novels (comic books!) and child fiction.

And no, I haven't forgotten this place or the novels that have come my way in the past months. They are all neatly stacked in my reading corner and are slowly but surely being read, the reviews jotted down for more detailed and relevant posts....all just waiting to be posted here! So keep checking back...I promise they will appear!!!


Lost Mojo by Kris Sedersten is the prequel to the novel I've previously reviewed, Mojo, the first novel in the Mojo series. Revised since it's previous release, this novel sports a haunting tale of young ghost chasers and their indoctrination into the world of the paranormal.

Overall, this novel has a great plot and likable characters. There's a chilly aire to the novel pthat perfectly brings out the eeriness of the paranormal, you know, those feelings that make the hairs on the back of your neck stand on end. Cleverly devised, Sedersten is masterful at bringing you into the haunted worlds she creates sucking your into the story to where you stay up late into the night just to see what happens next.

The only critism I found in the novel is that some of the dialogue can be a little rigid. Every now and again the flow of the story is broken by the rigidity, but the overall enjoyment of the novel tends to make one over look these minor bumps in an otherwise smooth road. Also, the perspective shifts can be a little sudden and even blurred in places making you have to take a moment and sort out where in the world you are and who's eyes you are seeing it through.

In the end though, this novel is a definite must read. I found it to be enjoyable and addictive. Definitely what I've come to expect from Sedersten when it comes to ghostly tales and she delievers full force! So if you're in the mood for a chill, be sure to pick Lost Mojo up, it won't disappoint!