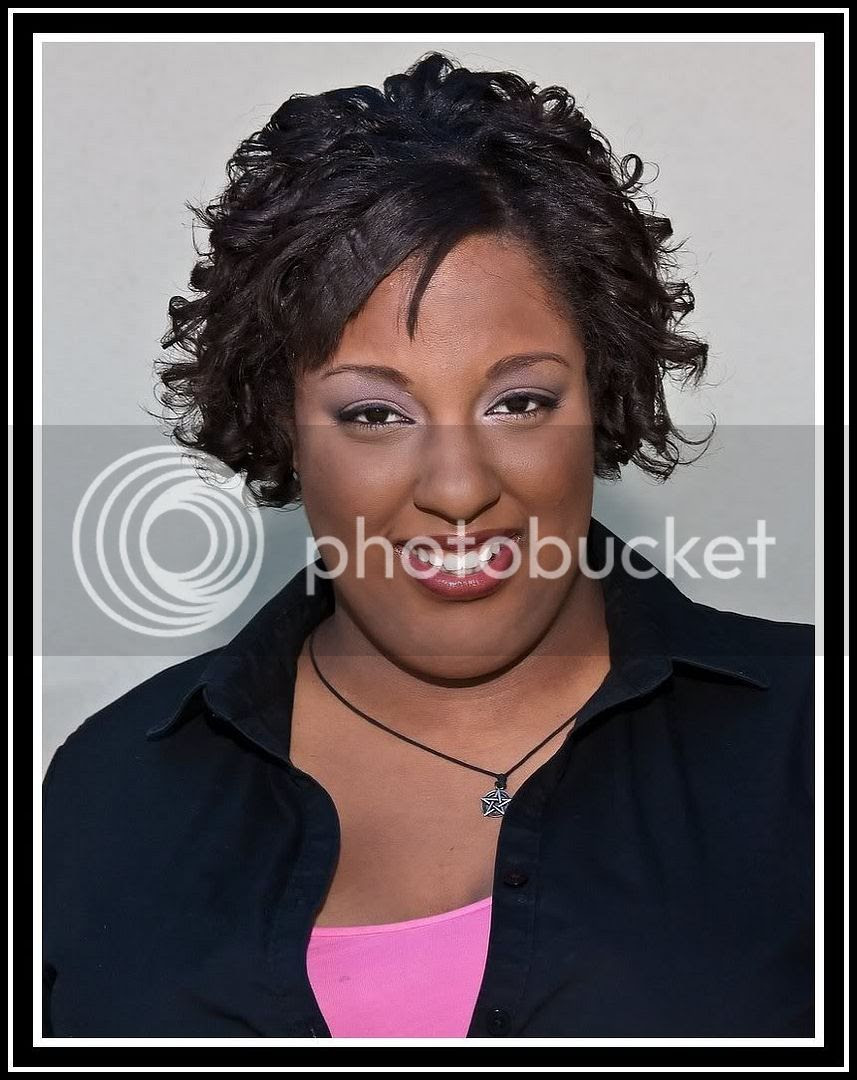 Growing up on a farm in sunny Southern California, Ashley M. Christman filled her head with tales of horror, fantasy, and mythology. As she grew, she discovered the treasures of Anne Rice's Vampire Chronicles and Mayfair Witches, Laurell K. Hamilton's Anita Blake and Merry Gentry series, and of course good old Neil Gaiman.

Soon enough, Ashley set out to create worlds of her own and the type of stories that she loved so much. Her style is like a mush pot of genres, taking romance and adding horror, mythology and adding modern technology, and always bordering on the dark side. She also set out to create characters who were not so much heroes as they were anti-heroes, but always having that one redeeming quality.

What Ashley quickly discovered, when trying to take a stab at being a published author, is that the publishing world is brutal. One has to be almost masochistic to partake in it. But she kept at it, collecting enough rejections to wallpaper her bathroom and perhaps tile the floor as well. She is now proud to be a multi-published author.

When not writing, she enjoys going on paranormal investigations with her local team, avoiding the gym (though she always gives in and goes anyway), and hanging out with her partner, Tom and their dog, Colby.

Lucky Sands is anything but. His wife is cheating on him, his job sucks, and when she walks out on him and dies in a car crash, the only thing he can think of is drowning himself in cheap booze and cheaper sex. But when he finds his childhood friend Tuesday Peters working in a brothel, his luck takes a steep downward dive after he finds out her twin sister is dead...and that Wednesday's death was no accident. Together Lucky and Tuesday embark on a search for answers, plagued by spirits and deities alike. Every clue along their path points not just to the truth of Wednesday's murder, but to divine machinations that prove everything Lucky knows about life to be wrong--and prove there's no such thing as luck. Only fate...and the madness of the gods.Content Warning: Murder, mystery, romance, family secrets and the madness of the gods.

Welcome to Black Lagoon Reviews, Ashley!
BLR: To begin, why don't you tell us a little bit about your newest novella 'The Witching Hour'?

AC: The Witching Hour is the story of Lucky Sands, a man whose life hasn't exactly turned out the way he wanted. When his wife leaves him, a series of events begin that lead him into the torrid affairs of the gods and force him to come to terms with the past, the present, and hopefully his future.

BLR: What inspired you while writing this novella?

AC: I was inspired a lot by the old Greek and Roman myths. The idea that the gods are ever-present figures in the lives of mortals was intriguing, especially when I mixed it with my love of film noir type heroes.

BLR: The eclectic mix of mythologies was something quite unique. What prompted you to include so many different beliefs instead of focusing on a single one?

AC: Each pantheon has its own interesting quirks and when dealing with witchcraft (which in this world many were based on wiccan believes) practitioners tend to pick a pantheon whose energies they closely relate to. By understanding the different belief systems, I was able to blend them because I found a nice mix of gods that complimented each other.

BLR: The theme of witchcraft is very predominant within your writing, what is it about the subject that appeals to you?

AC: It's not so much witchcraft as Wicca (though in fiction the reality of Wicca is too mundane to work in a fantasy type-setting). As a practicing Wiccan, it comes down to writing what you know--albeit with a lot of exaggeration.

BLR: Could you explain a bit about the world building you did within the novel? For instance, how you incorporated mythology and witchcraft into the modern setting?

AC: I started off with the concept of the gods and witchcraft and from there took our world, peppered it with elements of fantasy and thus created an urban fantasy--rich in traditional fantasy elements.

BLR: The different aspects of Wicca and mythologies involved within the story are very well developed, what sort of research did you do to prepare for it?

AC: As a practicing Wiccan with many years under my belt, Wicca is a big part of my life, as is mythology. I've spent a lifetime reading myths and tales of heroism from antiquity because there's something relatable in the stories of the gods, their champions, and their worlds. Mythology is storytelling at its most basic and finest--which its proved by hanging around for several millennia.

BLR: When approaching a story like this one with so many different ties to Wicca and mythology, where do you start? Could you walk us through your process of building the story?

AC: Thanks to my background with Wicca and mythology, I was fairly certain I could tackle the concepts in this book with ease. However, I wanted it to be interesting and take on a sort of life as a modern day myth. I ended up doing a lot of rereading of hero myths, especially Greek ones, and kind of applied that structure to my story. I also took some inspiration from film noir, which gave me some good character types to apply to my gods and be able to blend them into a modern world but still maintain a lot of their ancient personalities. The challenge was making the gods, gods, and yet having them be able to live amongst us as unnoticeable figures. I mean a god walking down the street in a Greek chiton, glowing with power is going to be hard to miss. But a god standing in front of a diner smoking a cigarette in a winter coat--that's something you'd never expect. Or even a drunk god at a bar, prattling on about women troubles…that's just strange. Plus, I liked the idea that the gods are flawed and not all powerful.

BLR: This novella focuses on a unique world with some truly interesting characters; will we be seeing more of them in your future novels? If so is there anything that you can tell us about what we can expect to see happen in the future?

AC: When I wrote The Witching Hour, I hadn't planned on using any of them in future novels, however, I've heard some great feedback about some of my more interesting minor characters and I think they might pop up again in future works.

BLR: Do you have any upcoming projects we can look forward to reading soon?

AC: My next novel, Nightingale, will be available this September 2011. I've also been writing some short stories that provide a little bit more background to the characters, which I'll provide as free downloads leading up to its release.

BLR: What advice can you offer to other aspiring writers out there eager to get started working on their own story ideas?

AC: Write the darn thing. You'd be surprised how many people get bogged down in world building (if you have a broad idea, it'll come as you write) and plotting before they ever write a single word down on paper. The result is a story that never gets told and stays in thought form.

Once you get it all down on paper, you can go back, edit and revise to your heart's content--but write it first.

BLR: What are some of your must read books/authors?

AC: Neil Gaiman (Neverwhere, American Gods, and Stardust), Laurell K. Hamilton, Anne Rice (The Vampire Lestat and Interview with a Vampire), Adlous Huxley (Brave New World), Douglas Adams (The Hitch Hiker's Guide, So Long and Thanks for All the Fish, The Restaurant at the End of the Universe), Bram Stoker (Dracula), Jason Beymer (Rogue's Curse), Sonya Clark (Mojo Queen--which I got the opportunity to read an advance copy of)--and that's just to name a few.

BLR: If you could meet any mythological figure who would it be and why?

AC: Surprisingly, that's a tough question because there are so many fantastic ones. Right off the bat, I ruled out Hercules. I imagine he's probably a bit cocky since finishing his labors and all.

Maybe I'd meet Hestia, the Greek Goddess of the Hearth because she gave up her spot as an Olympian to keep peace when Artemis wanted it and she is one of the least mentioned gods in that pantheon.

AC: Well I currently live in the wilds of Northern Minnesota where I can be found during good weather watching the ships on Lake Superior when not lost in imaginary worlds. I'm active in the local arts community and can be found hanging out in a local park on a hiking trail with my faithful terrier.

Thank you, Ashley, for stopping by!﻿
To find out more about Ashley Christman and her novels you can find her here:
AshleyChristman.com | Twitter | Facebook
Posted by Wenj at 6:43 PM

Email ThisBlogThis!Share to TwitterShare to FacebookShare to Pinterest
Labels: interview