Review: No Rest for the Wicca by Toni LoTempio 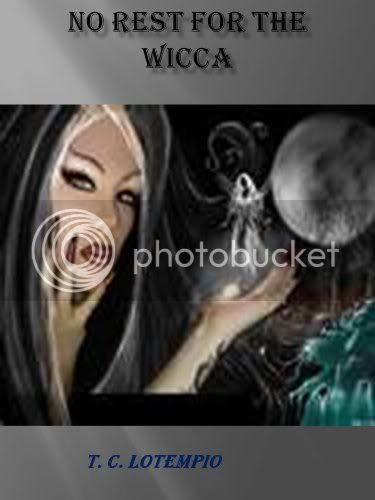 *Novel provided by the author for a honest review.


For more information please visit Toni LoTempio's website.
Communing with the dead is an everyday occurrence for PI Morgan Hawkes. A half-Wiccan witch who can commune with spirits of those caught between worlds, Morgan uses her talents to exorcise the trapped ghost or demon as part of the Paranormal Investigation Squad – until a string of murders with a voodoo slant prompts the Special Forces Agency to ask for her assistance. Someone’s killing pureblood witches- and the SFA’s convinced Morgan’s heritage (her father was a voodoo priest) could be instrumental in solving the mystery. Teamed with dashing SF agent Cole St. John – an Inheritor Vampire that sets her blood racing – the two of them fight their attraction for each other as they race to stop a madman from unleashing a demonic force upon the world.

No Rest for the Wicca by Toni LoTempio is an action packed urban fantasy that kept me engaged late into the night. From her clever world building to the wonderfully complex mystery, this novel is definitely one that any fan of the genre shouldn't miss.

The unique world that LoTempio created within the novel is a very highly developed and diverse one. On the surface there is a plethora of supernatural beings including, but not limited to: vampires, witches, shifters, demons, trolls, and ghosts. To add to the diversity of the populace within the novel there are various subspecies to each branch. Given, this is a lot of information to absorb, but LoTempio is wonderful about helping to keep the types of creatures being dealt with in perspective. But, it isn't only the creatures that help to create this vast and interesting world. LoTempio also diversifies the magical practices within the novel going into great detail incorporating the belief structures and 'rules' associated with the various practices ranging from Wicca to Voodoo. These details played a large role in the plot of the novel and I found myself drawn to how two seemingly poplar opposite practices could be tied together.

This duality between magic and voodoo is most apparent within Morgan herself. Her mixed heritage of White Wiccan on her mother's side with ties to Voodoo on her father's plays a large role in why she is selected to help solve the ritualistic murders of several witches, not to mention in how she became a 'ghostbuster' for the PSI, a division that helps to exorcise lingering spirits to the next world. She's a feisty, snarky character that is a sort of throw back to noir detective-solitary and stubborn with a wily street smarts. Due to her questionable and harsh past history, she is a very humanized character. Plagued by her mistakes she is spurned on by them to help those who can no longer help themselves, often to the point of foolishness. In this respect, Cole St, John is a wonderful partner for her. His blunt appraisal of her past and of her present help to goad her into a sort of self-discovery allowing her to overcome her rocky history thus helping to further develop her character. Cole himself has a domineering personality that creates a wonderful friction paired with Morgan's pig headed-ness. His calm, cool demeanor is a great contrast to Morgan's shoot first think later approach to life. This creates a wonderful simmering relationship between the two that was enjoyable to see develop, however, I was a little disappointed that it wasn't as fully explored as it could have been.

The mystery itself is a well thought out ritualistic slaying that had me baffled until about half way through the novel. Not that it was overtly obvious, in fact, it was quite a twist! The various clues the author gives are enough for the reader to sleuth the mystery out right along side Morgan and Cole and was definitely a fun aspect since most mysteries only reveal any of the more persuasive clues at the end...not that it tends to matter much!

But, none of this is to say there aren't some aspects within the novel that couldn't be improved upon. For instance, and most notable for me, was the consummation of the relationship between Cole and Morgan. The scene just sort of made me cringe. You could tell it was something LoTempio probably didn't feel comfortable writing and that hesitancy really showed through. It definitely threw off the pace of the writing which up until, and after those moments, was spot on. Also, the dialogue could have used some refining. However, this became less of an issue as the novel progressed and LoTempio found the characters true personalities. Given, these issues don't alter the merit of the novel, but it is something that could be improved upon and would shift this from a good novel to a great one!

Overall, this was an enjoyable read with some wonderfully engaging characters that I greatly enjoyed following. Fast paced, action packed and full of mystery, I can't wait for LoTempio's follow up novel so we can more fully explore Cole and Morgan's rocky pasts!

Email ThisBlogThis!Share to TwitterShare to FacebookShare to Pinterest
Labels: review

Excellent review (makes me want to read it!)

I saw your posting on Book Blogs and followed. RTF if you also like the vampire genre (looks like you do)!

~ Tami
http://VampireReview.blogspot.com
(Note: I have a few blogs - this is my book review blog)