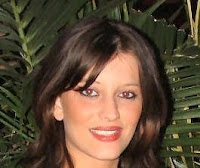 Laurie Bowler resides in Hampshire, a county located in the United Kingdom where she started writing fantasy fictions and romantic novels in 2009. She finds it fascinating to create stories, detailing emotions and brings the books character to life.
After reading hundreds of romance novels, she knew she wanted to write romance within the fantasy storyline, as she finds them both fascinating and adventurous hence where the first idea came to write such stories.
Her novels have been awarded “best read” on numerous book sites.

Laurie Bowler lives with her daughter and husband, whom she loves to spend time with along with two cats and two parrots.

Marinette (Nessy) is half vampire and half human flees her maker Hervidor, the strongest of their kind and the ruler of the underworld of vampires. As Nessy flees to be able to live her life as she chooses, her vengeance for the coven Hervidor created, The Tellis coven rises to the surface as she ventures into unknown parts of life that she has never seen or experienced.
Hervidor has kept Nessy locked away for centuries, his taunting and those tauntings of his coven have made Nessy stronger and one day capable of fleeing his grasp.
As she runs through the unknown woods with her thirst on high alert she meets Charles and his coven, their ways and teachings of the new world that Nessy hasn’t seen before are shocking and exciting to Nessy who quickly learns to adjust and adapt so she can easily walk among humans during both day and night. Nessy quickly falls in love with Charles and they seal the bond that will capture and seal them together for eternity, their love being sealed and both of them finding their mate to walk the earth for as long as either one of them shall survive the passage of time and the changes it brings.
With the threat of Hervidor constantly at their heels and Nessy trying to run and making that final decision to stand and face him in the fight that will decide her fate, the Gulon and their own pack of cats become involved Heracio (Hera) is Nessy’s biological cousin and decides to impart to Nessy the many family traits she wasn’t aware off as a human, her own self discovery becomes apparent as she too transforms into the Gulon creature. As the biggest and strongest of the Gulon and long ago destined to become their leader, Nessy hands over the reins of the leadership back to Hera, claiming the ownership is his by mutual right, mutual consent and adoration of his pack.
As Nessy tries to come to terms with the changes happening to her and around her, she continues to slide on the path of love, together Charles, his coven and Nessy make the final stand against Hervidor and the detested Tellis coven to banish them from the earth but will they succeed in banishing Hervidor and his coven?
Read my review of 'Moon Rising' here.
.......................................................................................................
Welcome to Black Lagoon Reviews, Laurie!
BLR: To start, could you tell us a little bit about ‘Moon Rising’ in your own words?

LB: Moon Rising is about a half vampire-half human called Nessy who is made into a vampire by the detested Hervidor the leader of the Tellis coven. She runs from him so she can choose who she wants to be in her life, and then she meets Charles and his coven and discovers another way to survive without the need to kill a human. Nessy is different in a way she has a conscious mainly due to her body still retaining its human state partially. Hervidor is constantly at her heels, wanting her back to rule the underworld at his side and she has mixed feelings whether to fight or flight.

BLR: If you could sum this novel up in 3 words, what would they be?

BLR: In ‘Moon Rising’ you created a unique world of vampires and shifters, what inspired it?

LB: I’ve been pondering over this question, and I still cannot sum up an answer. Moon Rising was written freely without notes or guidance. To me it was exciting to write.

BLR: What in your opinion sets your novel apart from others at this time when vampires and shifters are so popular?

LB: Nessy is still partially human and there are other surprises in Nessy’s life that she doesn’t know yet, ones I will not write about due to spoiling the book for everyone. Nessy also belongs to another living creature called the Gulons who are set to destroy the vampires. Her life takes a dramatic turn upon the realisation of this new information. The vampires are set to be different from others that are written about and I have tried to steer clear of most clichés that are currently linked to vampires to make Moon Rising as different as possible and intriguing.

BLR: Do you have a favorite character in the novel? Why?

LB: Hera is my favourite character, he is the leader of the Gulon pack. He’s humorous and adds the sparkle to Nessy’s adventures and to her world. I thoroughly enjoyed writing Hera’s character.

BLR: Could you tell us a bit about the sequel to this novel, ‘Sunrise to Sunset’?

LB: Nessy wakes to find she cant remember what or who she is and certainly cannot remember her vampiritic state. Charles tells her a few details but refuses to divulge much information due to worrying it might cause a relapse. Hera tells her more and Avid (another member of the Gulons) reveals everything to Nessy much to her own surprise. The threat is on to destroy Nessy because she is now the leader of the underworld, Queen. Other covens have joined hell bent on destroying her so they can take the title for themselves.

BLR: Will there be more novels based within this world? If so is there anything that you can tell us about what we can expect to see happen to the characters?

LB: There is currently two more titles waiting to be published that belong to this series. Some of the characters have been killed due to their involvement with the battles that have taken place. Nessy and Charles remain stronger than ever, Hera is different but you will have to wait and see what happens to him, again I do not want to spoil the read for others by revealing the depth of the storyline.

BLR: What kind of readers do you think these novels will appeal to?

LB: Anyone who enjoys a clean, fun read about vampires and enjoy reading adventurous stories.

BLR: Do you have any other current or upcoming projects that you are working on that you would like to tell us about?

LB: I have Serena Embracing Darkness which is now released in e-book format, it will be available very soon as paperback. This is an entirely different perspective on vampires, and another world thats not linked in anyway to Moon Rising. Other titles Dark Recess, Volcan Knights and Skelthra are due to be released in 2011 so look out for these titles.


BLR: What kind of writing process or rituals do you have when writing your novels?
LB: I dont have any. Everything I write is done without notes, the only times I research is when I want to import a mythical creature into my writing, and I will search them and the details for descriptions to which I modify to suit the needs of my story. For example, in Moon Rising I have previously mentioned the Gulons, if you google them you’ll find they are a legendary creature, their descriptions remain the same as in their cat like features but other details I have changed mainly because I didn’t want to write werewolves into the storyline, there are far to many vampire vs werewolves stories out there and I wanted Moon Rising to stand alone and be different.
Every storyline is typed freely without me even realising the depth of the storylines. My newest works are being polished as we speak to better the edits involved so it can be published in 2011.

BLR: Could you tell us a little bit about yourself?

LB: I’m 28 years old, a mother of one adorable little one who I love to spend time with. I work full time as a teacher and I write in the evenings when I am able too. I read as often as I can, but I prefer to write and create another world inside my stories where anything can happen. My main aspect of writing is creating the characters and making them as unique as I can, with vampire stories I try to stay away from clichés and turn them into an entirely different aspect of vampires.

BLR: Are there any other genres or authors that are must reads for you?

LB: I love Virginia Andrews, I am a big fan and I own almost all of the books which I read time and time again. They are a completely different genre than I write but trying something different once in a while is good, and for me its relaxing.

BLR: I’ve compared your novel with being akin to a fairy tale, what are some of your favorites?

LB: I dont have favourite fairy tales because I like almost everything and I if had to choose favourites I would have far to many and I simply cannot decide on one.﻿

Laurie has been kind enough to offer up a copy of  'Moon Rising' to one lucky commenter! The winner will have receive an eBook copy of her novel. Because this is an eBook, this contest will be open internationally!

Good luck to all!

I am a follower and email subscriber. Please enter me in contest. I would love to read this book. Tore923@aol.com

Just dropping by your blog! Thank you for the interview it was wonderful.

This sounds great, thanks for the interview & giveaway!
folksohana(at)gmail(dot)com

I enjoyed the interview, the book sounds interesting.

This contest is now closed.

Thank you to everyone who participated. A winner will be named shortly.